Blog - Latest News
You are here: Home / Wondering Where You Should Live? Keep These Things in Mind

We all have our dream places to live. It’s pretty spectacular when you get to actually make that dream a reality. But before you sell it all to move to the country or trade in the beach for the mountains, here are some location considerations to keep in mind — before making a decision.

Living in the Mountains

Gorgeous vistas, fresh mountain air, the smell of pines, nature at its finest.

Tough weather. There are some mountain towns that get snow every month of the year. In Winter Park, CO, July and August are typically the only months without fresh snow. This is great if you’re a skier, not so much if you want a garden and an “average” summer.

More wildlife. Living in a remote mountain town is awesome for exposure to wildlife, but being so close to wild animals definitely has its downsides.

In states like Montana and Northern Wyoming, it’s highly discouraged to go hiking by yourself — it’s extremely dangerous as you could encounter a bear or moose. Some homeowners can’t even take their garbage out whenever they want, solely because of bears! In a Colorado college town, a man was attacked by a mountain lion mere miles from the city.

Less access. Living remote is amazing for many people, but it’s still good to keep in mind that the lack of access will affect you in almost every way. There are fewer restaurants, often not as much variety as what you’ll find in cities, fewer stores, and depending on how far you live from town, inclement weather will all but eliminate the possibility of grabbing a bite or something from the store.

If you’re used to being able to get whatever you want, whenever you want, you’ll undoubtedly feel some frustration moving to a remote spot in the mountains.

Living in the City

Bustling nightlife, bars and restaurants galore, centers of culture and diversity, lots of things to do.

Way more expensive. If you’ve never lived in a city, you probably won’t know how much the cost of living affects you until experiencing it firsthand.

Living in the city is much different than vacationing in the city. Unless you’re ready to spend $12,000+ a year on your own place, be ready to live with roommates. You’re not going to eat at restaurants all the time (you’d probably be broke if you did), you’ll have to go to work — it’s a lot less glamorous than when you visit for a long weekend.

Pollution. Noise, light, and air pollution are very real. People with asthma, allergies, or other sensitivities will likely long for peace and quiet (not to mention the ability to just breathe normally).

Traffic and parking. Paying for parking is just another cost of living expense. Parking tickets are basically a rite of passage. You could feel like you live 5 miles from work but in cities like LA, proximity doesn’t mean a shorter commute.

Living in the Country

Peace and quiet, living out their farmhouse dreams, a simpler life.

“Simpler” doesn’t mean easier. If you want to live out life like a country song, know this: it’s a lot more work than 3-4 minutes of catchy lyrics indicate. Owning a lot of land or a farm is a ton of work (even a hobby farm is practically a full-time job). Living away from the city or suburbs means that you have to take care of a lot more things on your own, such as plowing or even getting your own water supply.

Prepare to drive more. Everything becomes a commute. Seeing friends, getting groceries, going to work — it takes more time and requires more planning.

Wildlife, again. If your countryside abode is near tall grasses or the woods, you’re at higher risk for deer and wood ticks. You’ll have a higher chance of hitting a deer. Pets could be at risk in an area where they’re no longer towards the top of the food chain — coyotes live in every state except Hawaii.

Living Near the Water

Water is unpredictable. Look up a picture of the Grand Canyon, think about how water formed that, and that should tell you all you need to know. Flooding near lakes and rivers and hurricanes near the shore have a massive impact on homes. There are things you can do (such as protecting lake houses from flooding with sandbags) but living close to or right on the water carries some inherent risk.

Wildlife, part three. Near lakes and rivers, this looks like gnats and mosquitos. In Florida this can look like alligators. On a California beach, good luck eating a snack when gulls are around.

Could be more touristy. Everyone loves taking a vacation near the water, which could bring lots more people near your house than you might expect. In highly touristy areas, this could drastically drive up home prices as well.

Living in the Desert

Scorpions. We’re not even calling this “Wildlife Part ___” because scorpions get a category of their own. Even if you don’t live directly in the desert and live in a city like Tucson or Scottsdale in Arizona, you will likely encounter scorpions at some point. Get used to shaking out your shoes before putting them on, and do some research — some unfortunate homeowners have built or lived in a migratory scorpion path.

Summers are rough. A lot of places that get snowy, cold winters are tough to endure, but you can at least dress warmly to somewhere. In desert climates, there’s really nothing you can do other than hang in the shade by the pool when it’s 110 degrees or more.

Water is precious. There are rules on when you can water your lawn (or if you can have a lawn). A lot of homeowners opt for xeriscaping, which might not be your jam if you’re hoping for luscious green grass.

None of this is to discourage you from moving to your dream location. In fact, we think you should look through the RealtyHive listings to see if there’s a house for sale in an area you love! The point is that no place is perfect — the last thing you’d want is to risk it all for a location where the reality doesn’t live up to expectation. 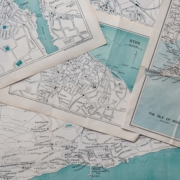 How to Decide Where to Live
0 replies

Dealing With Bad Neighbors in Real Estate
Scroll to top