Blog - Latest News
You are here: Home / Why “We Buy Houses for Cash” Is a Bad Idea

Who hasn’t seen one of those “We Buy Houses for Cash” billboards or commercials? Selling your house for cash might sound enticing — especially if you’re worried about selling — but as Admiral Akbar says…

Here are just some of the reasons you want to avoid the “We Buy Houses for Cash” schemes at all costs.

As appealing as it might seem to get a bunch of upfront cash for your house, “We Buy Houses for Cash” doesn’t work like that. Due to anti-money laundering rules, no one will legally buy a house for cash. If you’re expecting a mob movie-style suitcase full of hundreds, you’ll be out of luck.

Some people are encouraged by the WBHFC format for its non-traced transaction, but more than anything, most people going this route are in it for a fast close. Unfortunately, this speed comes at a price.

They target people in desperate situations.

The sense of urgency in a WBHFC scheme is intentional. It’s designed for people in dire financial situations — such as struggling to afford their mortgage or needing to quickly sell their house.

Being in this kind of situation is super scary, but WBHFC is not the answer. Fortunately, there are much better options out there (we’ll get to that in just a minute).

They can be surprisingly picky about what they’ll buy.

While many WBHFC schemes pride themselves on buying a house “as-is,” this isn’t always the case. Most are actually very picky about what they’ll take. Houses might not qualify, or WBHFC companies will make it seem like they’re doing the seller a huge favor and significantly lower the buying price.

They buy houses for much less than they’re worth.

If it seems too good to be true, it probably is. Quick closing, buying “ugly houses” — these WBHFC “benefits” come at a price. More than anything, sellers won’t get nearly as much as their home as valued. WBHFC often buys for 30 to 50 percent less than a home’s market value.

While some might be willing to cut their losses, sell their house for cash, and lose money for the sake of time, there are much better alternatives. A time-limited event through RealtyHive is best for selling, and here’s why:

In the real estate world, “We Buy Houses For Cash” are part of the dark side. Choose the Force, and listen to Admiral Akbar — he’d tell you to go for RealtyHive for a safer and advantageous home sale. 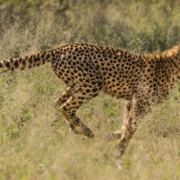 How to Sell Your House Fast 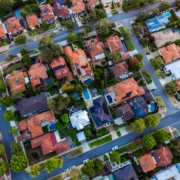 Think You're A Real Estate Pro? Take the Quiz and Find Out! 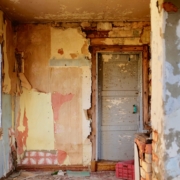 The Downsides of Selling FSBO
Scroll to top