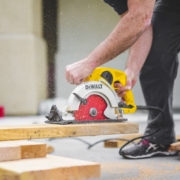 No matter what style house you have, no matter where you live, you share something in common with every other homeowner on the planet. At some point, your house will need improvements and repairs.

Repairs range from annual (like sealing your house from drafts) to hopefully once in your lifetime (such as replacing your roof). Home improvements (think renovating your kitchen or repainting your living room) aren’t usually as time-sensitive as repairs.

But whether it’s a repair or an improvement, both are time-consuming and range from financially inconvenient to scarily expensive. It’s natural for most people to think about solving the issue themselves rather than fork over hundreds or thousands of dollars. However, are the short-term savings of a DIY home fix worth potentially decreasing your home’s value? If you fix things on your own, will it come back to bite you?

But only if they’re not done correctly. If you try fixing or improving home issues on your own and are unsuccessful, one of two things will happen:

However, you don’t have to put down that nail gun just yet. There are plenty of times when DIY projects won’t negatively affect your home’s value.

Smaller, low-stakes projects are OK to tackle on your own (if you want to). Some examples include:

Most of these fixes require attention to detail, confidence, and being thorough, and access to YouTube doesn’t hurt. They’re all fairly inconsequential — for example, choosing the wrong paint color is no fun, but it’s an easy mistake to remedy.

DIY home improvements also make sense if you want to take the project on and it’s manageable. It’s fun to learn new skills while bettering your home.

When should you hire a professional?

There are three main situations for when you should hire a professional:

Repairing the foundation, repiping plumbing, installing a new heating system (such as switching to geothermal), or home improvements like adding a new room — all of these are structural projects that require a professional. Making a rookie mistake on a foundational project isn’t just expensive in the long run, it’s downright dangerous.

“Electricity” and “danger” go hand in hand, which is why you want to leave these type of home improvements up to the pros. Becoming a journeyman electrician can take 5 to 6 years, with much of that time including apprenticeship. That’s more time than most people spend in undergraduate programs, and it’s because electrical work is tricky and dangerous.

Other dangerous projects involve working with certain chemicals or materials that are hazardous for health (asbestos removal is a prime example) or anything involving heights and power tools (think tree trimming or roof replacement). Professionals have the necessary equipment to handle these types of projects. Hiring a pro not only helps maintain your home’s value, but it also ensures your safety.

“I Don’t Want to Do This” Projects

Lacking the time to complete a necessary house project (or learn how to do it)? Think DIY home improvements should stay on HGTV? Hire someone instead! Home projects often reflect the attitude going into them — if you really don’t want to retile the bathroom, you’re more likely to speed through and do a sloppy job, which will only cost you more later.

DIY home improvements can save you money, but at the end of the day, if the job isn’t done well, it will cost you. Professional work and craftsmanship will always reign supreme in the land of home appreciation, but that also doesn’t mean you can’t learn the skills to fix things on your own.

If you’ve read through this with a sinking feeling, thinking of your home’s DIY fixes that work for you but might not for the next inhabitants, don’t despair! Sell with RH for a time-limited event (you can even get cash back with Cashifyd). Even if your house isn’t in the best possible condition, we can still help.