Blog - Latest News
You are here: Home / Dog Laws & Home Ownership: What You Need to Know

You’ve lived in cramped apartments where having a dog wouldn’t make sense. You upgraded to a beautiful condo annnnnd unfortunately, dogs aren’t allowed.

Finally, the moment has come. You’re buying a house! You can get as many dogs as you want now! You can open up your own rescue if you wanted? Right?

Surprisingly, the answer is no. Even as a homeowner, your dog ownership capabilities are more limited than you might think.

Buying a house out in the country with lots of land? The sky is pretty much your limit with how many dogs you can own. That’s not the case in many cities, where there are restrictions on how many dogs live in a household. Here are a few examples

Before you buy a house, check the area’s laws if you have more than two dogs, just to play it safe.

Kennel licenses are often thought of for breeders or doggie daycare owners, but that’s not always the case. Some cities require homeowners to get a special kennel license if they own more than four or five dogs. You might have to pay a few hundred dollars each year. Check this table to see each state’s laws (and how much you’ll owe).

Some of those breeds are actually banned in cities as well. Keep in mind, simply having a dog might up your insurance costs — even if Fido is not one of the breeds listed above.

The HOA will often have limits on the type of fencing you can have. In some cases, they might require you to have an underground, electric fence — even if you weren’t planning on installing one. The HOA typically has rules on the height, material, and possibly even color of your fence. It’s a good practice to check into HOA laws before buying a house, regardless of owning a dog.

It’s already expensive to buy and own a house. Considering the kennel licenses, higher insurance premiums, and fence installation costs, it’s pretty clear to see that owning a dog ups your expenses even more. Make sure to factor all of this in when budgeting for buying a house.

Owning a dog is one of the greatest parts of life for many adults. The same goes for owning a house. Having both at the same time is borderline (collie) heavenly, and it’s certainly attainable. But as you’re looking for homes through RealtyHive, make sure you follow up with dog laws in the area before you buy a house, a dog, or both. 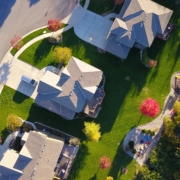 Things to keep in mind before you buy a house

New Year, New Home? How to Tell if You're Ready to Buy 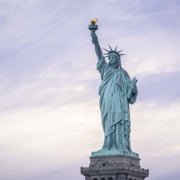 How to Buy International Real Estate
Scroll to top