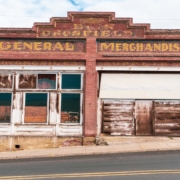 A rundown, seemingly vacant house doesn’t excite most people. Unless they’re real estate investors, in which case it feels like finding buried treasure.

Property investors are always on the lookout for a great deal that they can flip or rent out. While this strategy can increase their ROI, it can backfire. Like anything else in life, there’s no such thing as a perfect system. In this instance, troubles ensue when a good deal turns out to be a non-conforming property.

What is a non-conforming property?

A non-conforming property is a property that followed zoning laws at the time it was built, but not currently. This often happens if a property is not used for what it was built for over an extended period of time (anywhere from 6 months to a year). Here’s an example:

Elenita finds an incredible building that used to be a store. She wants to rent out this commercial property and knows a lot of people in her area are trying to start a business but need the space. It needs a ton of repair after sitting vacant for just over a year.

Elenita gets a great deal on the property, but as soon as she turns on the utilities, she hears from code enforcement: this property can only be used as a single-family home now.

This is a massive setback for Elenita, who now either needs to pay even more to turn it into a residential rental property or find another buyer. This is also why as a property investor, you have to be on the lookout for non-conforming properties.

What are some signs that a property is non-conforming?

The biggest thing to look out for is the amount of time a property has sat empty, or how long it has gone without fulfilling its original, intended use.

As another example, say Joe finds an incredible four-plex that’s a bank foreclosure. It has sat vacant for a year. Joe’s expecting some amazing cash flow, thinking of how he can rent it out to multiple renters, and instead experiences the same thing as Elenita: it’s a non-conforming property.

This four-plex can now only exist as a single family home. At best, Joe is only going to make one-fourth of his predicted revenue stream. At worst, this property could prove difficult to rent out and he might not make anything.

Why do these rules exist?

Most cities have real estate zoning rules that place limits on what can be built, and where it can be built. These rules are all around us — in newer subdivisions, it’s why you don’t see any commercial buildings (such as grocery stores) being built near houses.

But as we know, there are plenty of times when this isn’t the case — one walk around a downtown area or older city and you’ll see countless apartments and houses coexisting right next to each other.

Cities don’t want to close businesses just because their rules have changed. They’ll allow building owners to have what’s called legal non-conforming use, allowing business to continue as usual — even when those buildings are not up to current code.

This all changes if:

If you think this is unfair or strange, look through some photos of Houston, a city without real estate zoning. Not to hate on Houston, but zoning laws do offer a sense of organization and provide some method to what would otherwise be madness.

How can you safely avoid buying a non-conforming property?

Pay attention to the time a property has sat unused (whether in general or for its original purpose). But what if you’re new to an area and don’t know? Or what if you want to branch outside of where you’re living?

That’s where RealtyHive comes in. We have an expansive database of residential and commercial properties for sale, and can provide you the details so that you don’t end up in a trap. Look through our listings to help grow your portfolio!