You are here: Home / Hollywood

First off, lets talk crust: How thick is too thick? 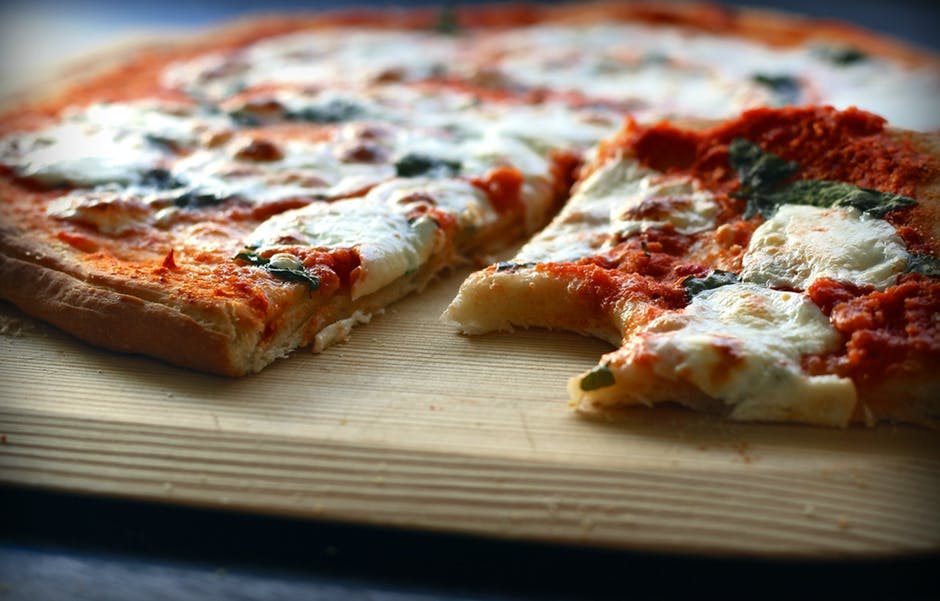 Great! Now what about sauces? 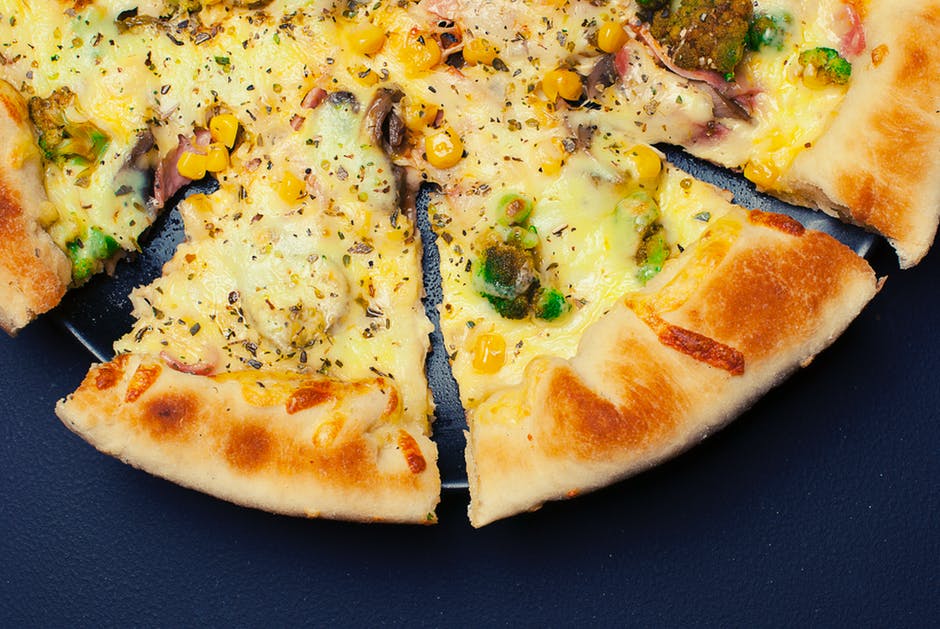 Perfect. What kind of topping are you looking to add? 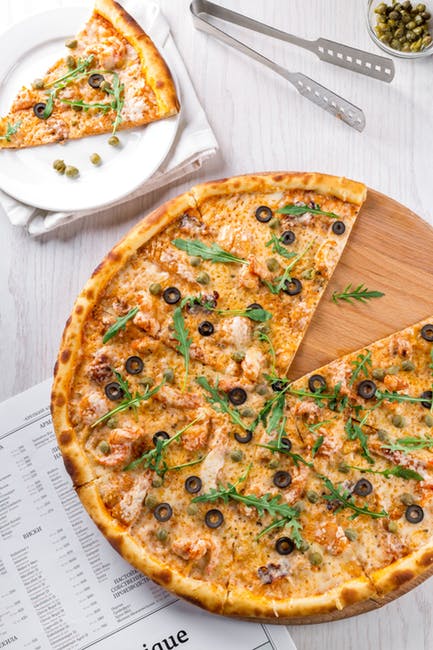 Let's talk cheese: What kind and how much? 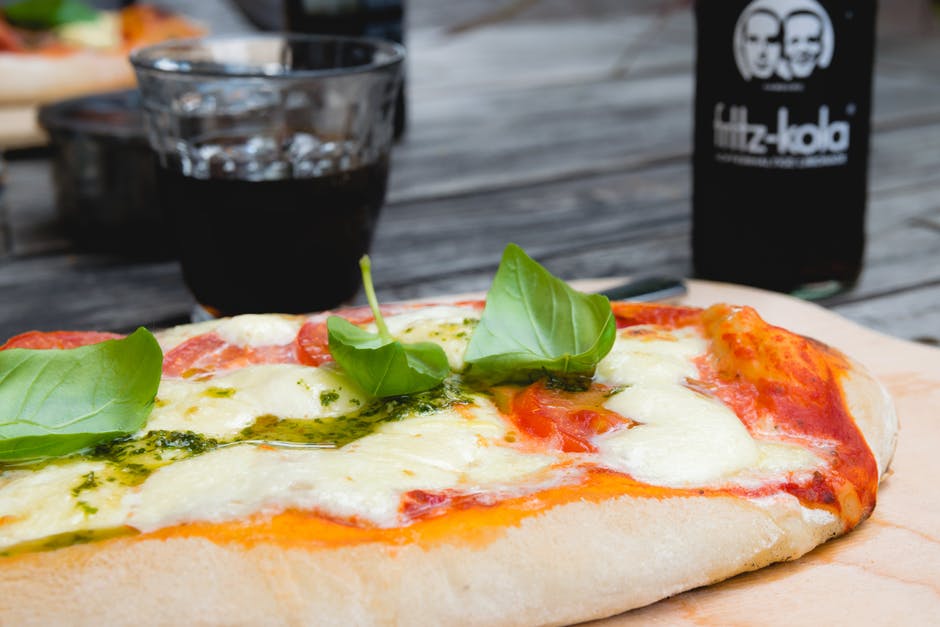 How much of this pizza are you planning to eat? 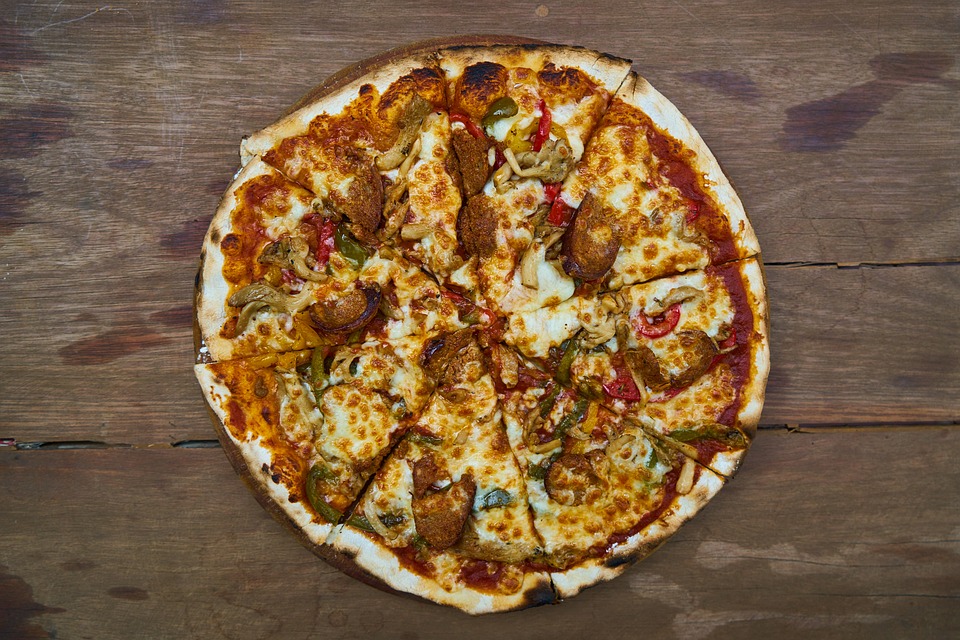 Last question: What kind of atmosphere do you want to eat your pizza in? 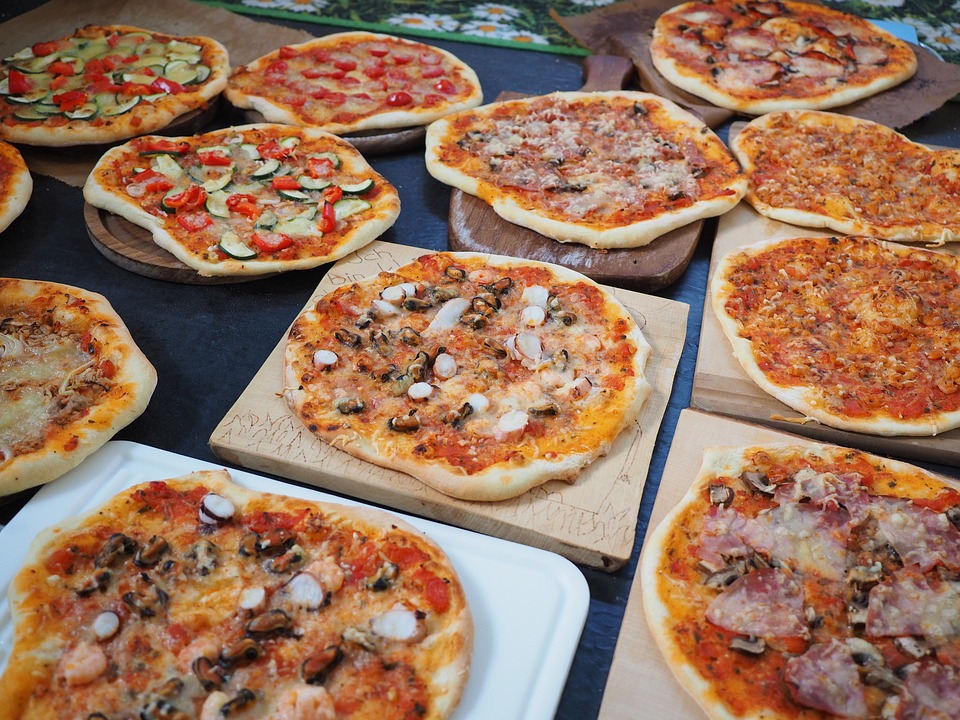 Where should you live based on your favorite pizza?
Naples, Italy 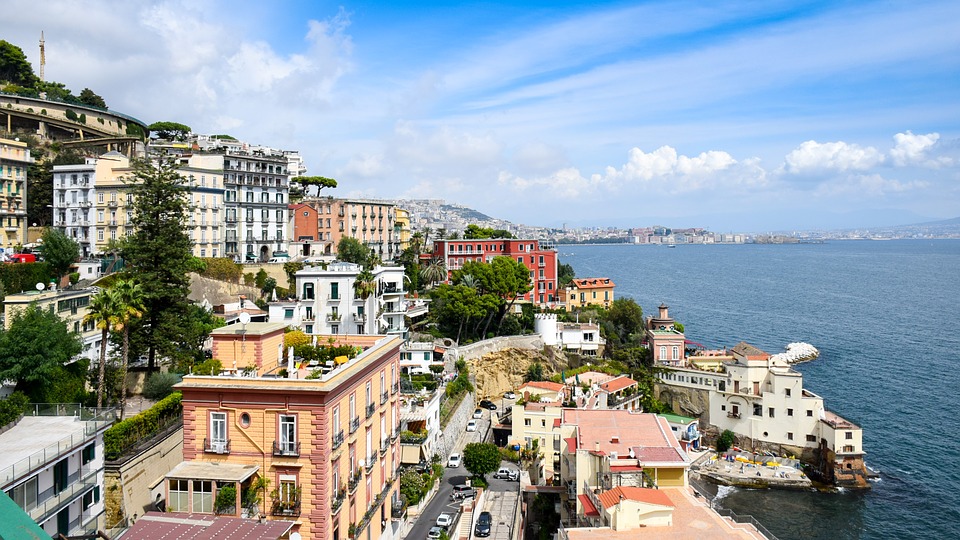 You're a traditionalist and you like to enjoy your pizza the way it was meant to be enjoyed-- in high quality and quantity! The freshly crushed tomato sauce, hand tossed dough, just a hint of basil is perfection to you and even better is that nobody in Naples expects you to share your beloved pizza pie!
New York, NY 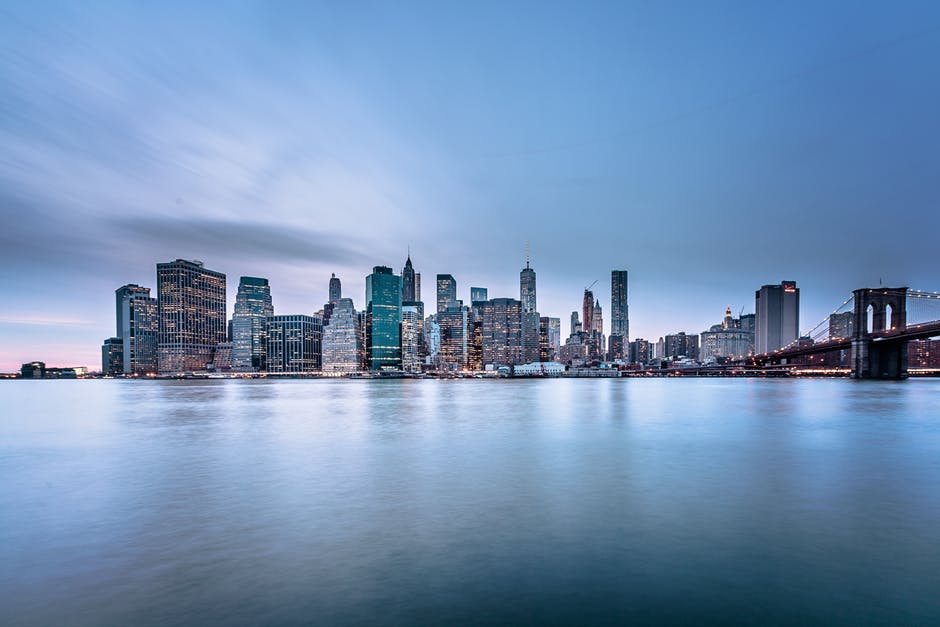 The Big Apple knows how to do pizza and you'll love their big slices! NYC was the first US city to have a pizza parlor and New Yorkers agree there's no pizza like New York pizza. With hundreds (if not thousands) of pizza joints sprinkled throughout the city, you'll be happy to know pizza is often sold by the slice here, meaning you can hit up multiple pizzerias to make up your meal!
Chicago, IL

Chicago style pizza is much like the city itself, familiar yet unique. Known as the Windy City, Chicago keeps warm with the comfort of thick, cheesy, toppings-filled pizzas. While New Yorkers and Neapolitans will scoff at these double decker pies, Chicago style lovers are warm hearted (and full-bellied) good-natured folks!
Los Angeles, California 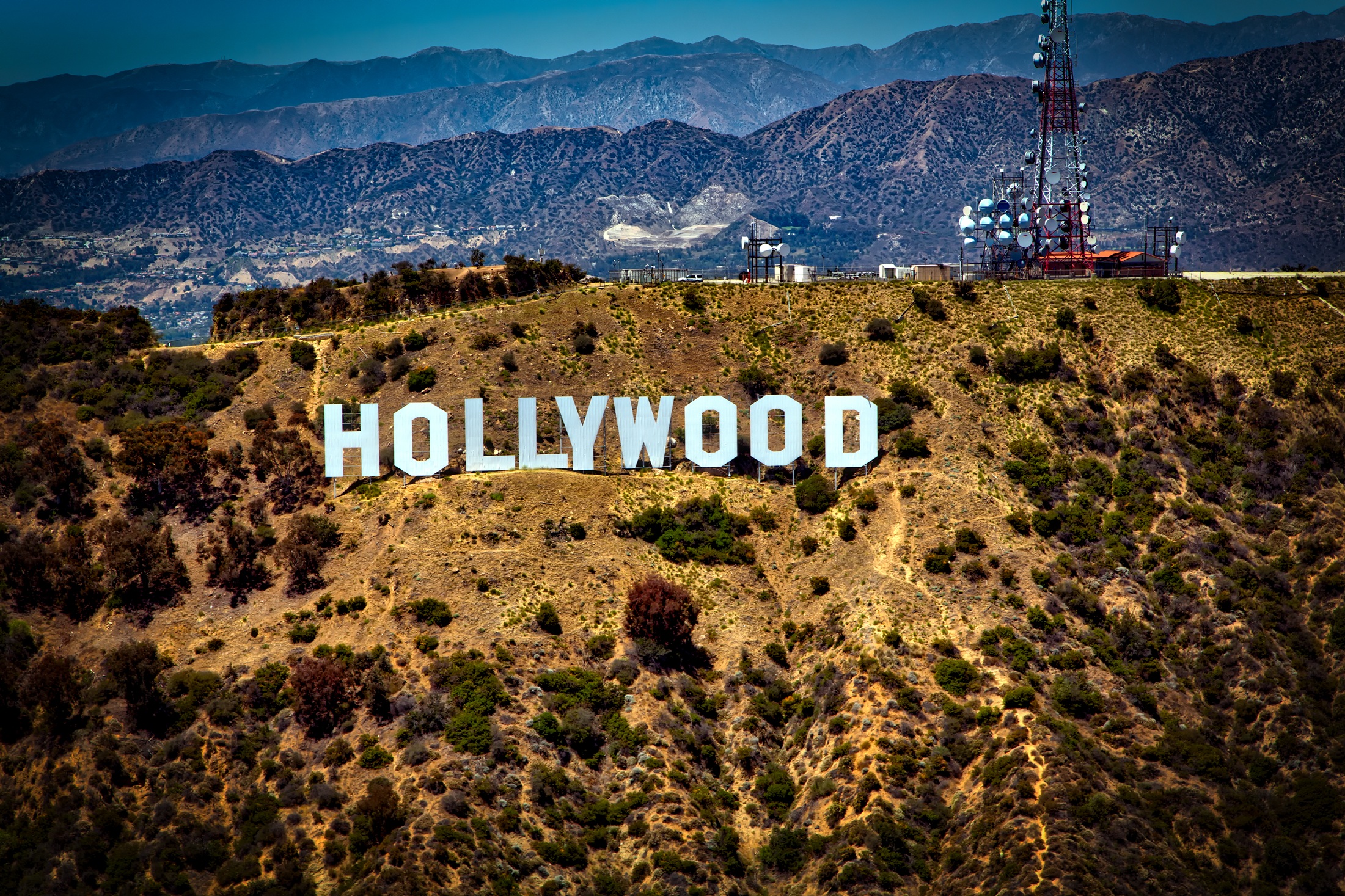 Your anything goes attitude makes California pizza the perfect fit for you. Avocado? Throw it on! Microgreens? Sure! Tofu? Why not! California cuisine is known to be a little wacky, a lot healthy, and completely customizable which it the perfect pie for you!

Wisconsin is best known for it’s cheese-munching, Packers-loving residents and while that’s a relatively fair (and accurate!) depiction, Wisconsin is so much more. Here’s how the Badger state stacks up to its Hollywood depictions.

Young and the Restless (1973-Present)

According to Nielsen ratings, this daytime soap opera was the leading daytime drama for more than 25 years as of December 2013. This show follows the dramatic and sometimes scandalous lives some of the prominent families in Genoa City, Wisconsin.

The Verdict: In true soap opera fashion, not much about this show is true to life. Genoa City, Wisconsin does actually exist, but that’s where the similarities end. While in the show the town is portrayed to be a bustling metropolis filled with corporate headquarters, the real Genoa City is a rural village with a population of about 3,000.

Set in an idealized version of the mid-1950s to mid-1960s USA, Happy Days followed “innocent teenager” Richie Cunningham and “cool” biker and high school dropout Arthur “The Fonz” Fonzarelli and became one of the most popular US sitcoms of all time and spun off other Wisconsin-based shows such as Laverne & Shirley.

The Verdict: While times certainly have changed, those of us who didn’t get to experience the golden era of Happy Days first hand can still delight in the sugary-sweet storylines of Happy Days. While the design for the fiction Arnold’s Drive-in was modeled after two real-life Milwaukee diners–the exterior of Pig’n’Whistle and the interior of The Milky Way (both since closed and reopened under different names), all it takes is hearing Richie pronounce it “Wes-consin” (around 3:40) to know that the show wasn’t actually filmed here.

After a “Laverne and Shirley”-esque intro, which includes shots of the Milwaukee city hall, the “party dudes” duo of Wayne and Garth get backstage access to Alice Cooper’s dressing room. Here Cooper reveals an intimate knowledge of the city’s history from it’s supposed French-name origins to its political past of socialist mayors.

The Verdict: Actually, Cooper isn’t too far off in this clip! There’s some debate as to the tribal origin of the name, with some believing it is a Potawatomi name meaning “Gathering place [by the water]”. His reference to socialist mayors is also accurate as the town was presided over by Mayors Seidel (1910-1912), Hoan (1916-1940), and Zeidler (1948-1960)–still the only major American city to do so.

In this Kevin Smith movie, Ben Affleck and Matt Damon play two fallen angels condemned to spend eternity at an airport in Milwaukee. After Damon tries to “convert” a nun to the dark side, the angels are able to escape Milwaukee.

The Verdict: While Milwaukee’s General Mitchell Airport is not the type of place you want to spend a long layover (like eternity), it’s not a terrible spot to hang out for a few hours while you’re waiting for your next flight out. P.S. the scene was actually shot at the Pittsburgh International Airport indicating they needed to find someplace worse than the real MKE…

This sitcom follows Eric Foreman and his friends and family during the mid to late 1970s in their industrial Wisconsin hometown. In addition to being set in Point Place, Wisconsin the cast often mentions visiting Kenosha or driving to Chicago for a party and even go to Packer game!

The Verdict: The setting is supposed to be somewhere near Green Bay, Wisconsin, but the geography laid out in the show doesn’t quite add up–like the crew going to Canada to buy beer or to Chicago to party. Point Place isn’t a real Wisconsin town, but Wisconsinites will recognize names like Kenosha or references made throughout the run of the show like Donna having to decide between Marquette University and a UW school. Oh and the excitement about going to a Packers game at Lambeau? Accurate. Perfectly accurate.

Lars Lindstrom, a socially awkward man, lives a relatively secluded life in his small Wisconsin town. One day Lars introduces “Bianca” his new girlfriend to his brother and sister-in-law, the catch is that Bianca is a lifelike doll whom Lars, suffering what appears to be a lucid delusion, treats as his human companion. Under direction of the local doctor, Lars’ family (and the townspeople) go along with this until Lars is mentally capable of letting Bianca go.

The Verdict: The movie depicts the state fairly well. There are references to the cold and how layering clothes helps Lars avoid physical contact with others which is too true for anyone who lives in the frozen tundra. While Wisconsin isn’t known for it’s open-minded, anything goes culture (like say, NYC or California) it’s easy enough to believe that the small town residents would set aside their prejudices to help one of their own overcoming the issues he’s struggling with, even if they still gossip.

The Verdict: The movie is based on an allegedly true story by author Robert Damon Schneck. According to Schneck the events of the book are based on supernatural experiences by a friend in Sun Prairie, a Madison suburb in the 1990s, but there were no real murders or appearances by the Bye Bye Man.