You are here: Home / cody 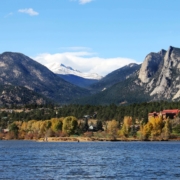 The mountain views, the outdoor activities, the beautiful climate and bustling city—it’s no wonder why people have relocated by the thousands to Colorado cities like Denver and Fort Collins. However, all this hype has led to Colorado being one of the most expensive places to live.

Spots like Salt Lake City and St. George (Utah), Casper and Cody (Wyoming), and Great Falls and Gardiner (Montana) have lots of the same appeal as those popular Colorado cities, but with even more benefits. Take a look at why you should consider moving west—but not where everyone else is going.

Just as Good as Denver—If Not Better

People love Denver for its access to the mountains, wonderful city life, amazing climate, and beautiful views. And don’t get us wrong—Denver is an amazing city! But all of those cities mentioned earlier have these same benefits to some degree. SLC is an up-and-coming spot that’s close to some of the best skiing in the country, and, like Denver, has a train you can take around town. Unlike Denver, it’s free in many spots—Denver’s costs $10.50, just to get to the airport.

Even Closer to Nature

Denver is highly appealing because of its proximity to Rocky Mountain National Park. But if your main draw to Colorado is being close to the great outdoors, there are plenty of spots that beat Denver by a country mile.

Cities in Wyoming, Montana, and Utah tend to be much closer to nature and take substantially less time to access what the West is known for. Gardiner, MT, Jackson Hole, and Cody (both WY) are anywhere between 10 minutes and an hour away from Yellowstone National Park (great for spotting those bison!). You can expect that driving time to double, even on a good day, to get into RMNP from Denver.

Not only are you physically further from nature in Denver, the sheer number of people living in the city turn that “hop, skip, and a jump” from the mountains into hours of standstill traffic on I-90. While some people make the trek every weekend to hit the slopes or hike the trails, most become disillusioned pretty quickly—solely because the traffic is so bad.

Living in a place that’s not as crowded makes life a lot simpler and a lot better for many reasons, which leads us to our next point:

The absolute biggest draw to living in virtually any Western city that’s not Denver is the cost of living. To buy a house in Denver, a 2019 study showed you would need to make nearly $100k a year. But that’s not all. Higher population means higher everyday costs, higher insurance rates, higher “getting settled” costs (such as registering your vehicle), and potentially higher taxes. In Denver, you even have tolls every time you drive to the airport. None of these things are an issue when moving to cities in Wyoming, Montana, and less-populated places in Utah.

Author’s Note: I moved to Wyoming from Colorado this past year and cut my car insurance and rental costs in half.

While Denver definitely has its perks, there are countless places in the West (and even other cities in Colorado, like Aurora, Canon City, or Pueblo) that can keep up with Colorado’s capital—if not surpass it. If you’re considering moving out West, work with RealtyHive to find your next home or sell your current one! Search today.