Blog - Latest News
You are here: Home / The Battle of Toledo: How a Real Estate Deal Prevented a War 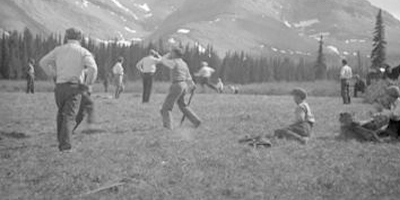 If you take a look at a map of the Midwest United States, you may notice something strange with Michigan. More specifically, you may notice that Michigan is effectively two land masses that aren’t connected (save for the Mackinac Bridge) and that the northern part, known as Upper Michigan, is actually completely attached to Wisconsin except where divided by the Montreal River. This connection isn’t a thin strip of land; the two states share a straight-line border that’s approximately 100 miles long. So how did Michigan come to lay claim to this area that makes up nearly 30% of the state’s landmass? The answer lies in the real estate deal that prevented a war.

Let’s take it back to 1784. It’s 8 years after the signing of the Declaration of Independence, and just one year after the end of the Revolutionary War. The 13 colonies are well defined, but there’s a lot more land to the west that had been included in the Treaty of 1783 that is yet to be explored. The founding fathers saw the need to create a system for expanding into the territory (and raise some money since direct taxation wasn’t allowed yet), so selling it to adventuresome pioneers seemed like the best idea. This idea was put in motion by The Land Ordinance of 1785. Among other things, this ordinance called for a survey to be done of the land to divide it up for sale. In 1786, Thomas Hutchins set off from a stake placed by a Pennsylvania/Virginia survey team in 1785 on the north bank of the Ohio River. Still, this survey was done to help sell off plots of land to settlers, not create new states.

At the Second Continental Congress, which happened the following year in July 1787, the United States adopted The Northwest Ordinance which chartered a government for this territory and provided a path for admitting new states to the Union. There were three main parts of this ordinance, with the first one being: The Northwest Territory needed to be divided into “not less than three nor more than five States”. The first order of business was to use the survey maps to divide the whole of the Northwest Territory into smaller territories that could then apply for statehood as their populations reached sufficient numbers.

Fast forward a couple decades and we’re now at 1805. Ohio has been an official state for two years and Michigan is looking to get official “territory” status. When Congress drew the border for this Michigan territory, the southern portion overlapped into the northern border of Ohio, creating a point of ambiguity. This strip which measured only eight miles wide at the east end and five miles wide at the west end covered an area of approximately 468- square miles and was called the Toledo Strip.

Here’s where things get tricky. Ohio believed it was theirs. Michigan believed the same. And neither one was ready to budge. As it turned out, the survey done in 1786 didn’t accurately place the line, leading to this tension. For the most part, the two areas just agreed to disagree and didn’t pursue the issue until Michigan officially applied to join the Union as a state in 1833.

Ohio, who remembered the Toledo Strip and was not about to give up that precious chunk of real estate, blocked Michigan’s application when Michigan refused to relinquish control of the area. It was after this that armed men from Michigan and Ohio took to the field in what became known as The Toledo War. Despite a series of border skirmishes, the only reported casualty in The Toledo War (as recorded by the Michigan Department of Military and Veterans Affairs) was a Michigan sheriff who was stabbed by an Ohioan during a tavern fight.

A compromise was drafted in 1836. Ohio would get the Toledo Strip and Michigan’s territory was expanded by more than 16,000 square miles of land to include all the Upper Penninsula. This was not immediately agreed upon by Michigan, as it was widely assumed that the land in the U.P. was useless, but the state did concede and officially joined the Union in January 1837. It was Michigan who had the last laugh over this battle when vast resources of iron ore were found in the U.P. in 1844.