Mardi Gras is a religious holiday that celebrates the last day before Lent. Also called Fat Tuesday, it’s a time for giant celebrations, age-old traditions and of course, delicious dishes! Mardi Gras isn’t just popular in the states though, people all around the globe celebrate Fat Tuesday by frying up sweet and savory pastries. From New Orleans classics like kings cake or etouffee, to international delectables like German fasnacht or Swedish semlor, make this Mardi Gras the best one yet with these 14 scrumptious Fat Tuesday recipes:

If you haven’t ever had the chance to try Jambalaya before, you are sorely missing out! Jambalaya is a Louisiana original dish with European and West African influences. It’s mostly made of meat and vegetables, and it’s a Mardi Gras-must. The Cajun seasoning gives it that extra kick that makes it so flavorful. Bonus: It’s super easy to make!

Etouffee is another classic Mardi Gras dish that comes from New Orleans. Originally, etouffee comes from Cajun and Creole recipes, but now the dish is known all over the world! You can’t have Mardi Gras without etouffee, and this delicious shrimp etouffee recipe is the perfect way to celebrate it!

Gumbo is a token symbol of the city of New Orleans. In fact, it’s actually Louisiana’s state cuisine! There are probably 1000 different ways you can make gumbo – chicken, shrimp, sausage, vegetables – try this recipe for instant pot gumbo that’s bursting with flavor!

A post shared by Favorite Family Recipes (@favoritefamilyrecipes) on Mar 4, 2019 at 2:40pm PST

A truly authentic Louisiana cuisine, dirty rice gets the name “dirty” from all of the delicious ingredients that it’s cooked with. Chicken, beef, vegetables, spices and seasonings all add to the delicious flavor. Try this recipe for dirty rice with shrimp!

Not that great at cooking? Don’t want to spend hours on one dish? Try cooking red beans and rice! Red beans and rice is another delicious Mardi Gras dish that comes from Louisiana, but it’s super easy to make and takes no time at all!

A post shared by Favorite Family Recipes (@favoritefamilyrecipes) on Mar 2, 2019 at 11:40am PST

If there’s one pastry you’re gonna try for Mardi Gras, let it be Kings cake. Kings cake isn’t just a dessert, it’s a tradition that people all over the world celebrate! Not only is it absolutely delicious, but it also brings families together to celebrate. Plus, it has a super interesting story behind it!

Mardi Gras originally started as an excuse to eat as much sugary, sticky, fried food as possible before the season of Lent. What’s a better food for Mardi Gras than beignets? In New Orleans these light, fluffy delicacies are served for breakfast, dessert, or even just a quick snack! You can make beignets right at home with this easy recipe!

Get your beignet on. #regram @yamarilet

While bread pudding is served all over the world, in the states, particularly in Louisiana, it’s especially sweet! The sugary sprinkles and the sweet sauce topping make it the perfect dessert for Mardi Gras!

Give me some beads and call it a day!!! Yes yes yes! My Low-Net Carb Mardi Gras Bread Pudding is amazing!!!! Made with Great Low Carb Bread and Swerve! So so yummy! I need some time to take pictures but guess what – this will be posted on 12th night!!!! @drugemporium #lowcarb #mardigras #mardigrasbreadpudding #iwantitall #tastelouisiana #louisianaeats #shreveport #bossier #houma #nola

Milk punch, coming from the saying “milk with a punch” is a classic New Orleans cocktail. The city of New Orleans may not have invented milk punch, but they definitely perfected it! The brandy and bourbon mixed with the sugar and nutmeg make it the perfect beverage for the Mardi Gras season!

With Mardi Gras revelry all around, the joy of sipping on a Bourbon Milk Punch is hard to beat. Try this Bourbon House favorite at home with the recipe linked in profile. @bourbonhouse_nola https://bit.ly/2vdTK16 . . . #LouisianaCookin #Louisiana #recipe #Louisianarecipe #bourbon #punch #milkpunch #neworleans #mardigras #fattuesday #cocktail

Also known as Polish donuts, Paczki has been a part of Polish cuisine since the middle ages, and since then they’ve become a huge part of Mardi Gras and Fat Tuesday meals. In fact, they even have their own holiday, known as Paczki Day, for people to make and enjoy paczki before Lent. They come in a bunch of different flavors, and you can make your own here.

In Sweden, Semlor are a delicious Fat Tuesday tradition that goes back ages. Semlor are sweet rolls that are topped with whipping cream and powdered sugar, perfect for a Fat Tuesday celebration!

Cioffe, frappe, angel wings, there are probably 1000 different words for the same thing: these light, fluffy Italian pastries. Italian bowties are pastries made for Carnevale, which is the celebration of Mardi Gras in Italy. These heavenly pastries would make the perfect recipe for a Mardi Gras celebration!

Cioffe or frappe have a multitude of other names! But no matter what you call them, the common denominator is that they’re light, crispy and delicious! . They’re made for Carnevale in Italy, but don’t let that stop you from making them anytime! . Recipe link in profile. . #cioffe #frappe #chiacchere #carnevale #fattuesday #fattuesdayfood #mardigras #lent #friedfood #treatsforcarnevale https://www.christinascucina.com/frappe-or-cioffe-bows-and-ribbons-of/ #shrovetuesday #foodpornpic #treatstoeat #christinascucina

Want to try a German recipe? Try fasnachts! Fasnachts are traditional German pastries that are usually served during Mardi Gras (or Fasching, in Germany). They’re similar to donuts, but much tastier!

You can’t talk about Mardi Gras recipes without mentioning pancakes! Pancakes are the original traditional Fat Tuesday pastries. In some parts, Mardi Gras is actually called pancake day! You can celebrate by frying up your own hot cakes, or you can use this Fat Tuesday Pancake Recipe!

Get your pancakery ready! As Shrove Tuesday approaches we you remind you how to flip it like it’s hot. Follow bio link for vid #pancake #pancakeday #shrovetuesday #zaragoza #spain #learnenglish #english #food #comida #brits #bulldogz 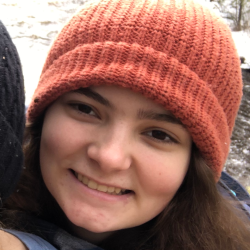 Grace Marquardt
Marketing Assistant at RealtyHive
Grace Marquardt has worked at RealtyHive since early 2019. Grace enjoys reading, writing and outdoor activities. You can find her writing about ideas and advice for everything from homes and real estate, to everyday life.