Blog - Latest News
You are here: Home / The Oracle of the Orinoco: Why to Buy Land in Venezuela Now 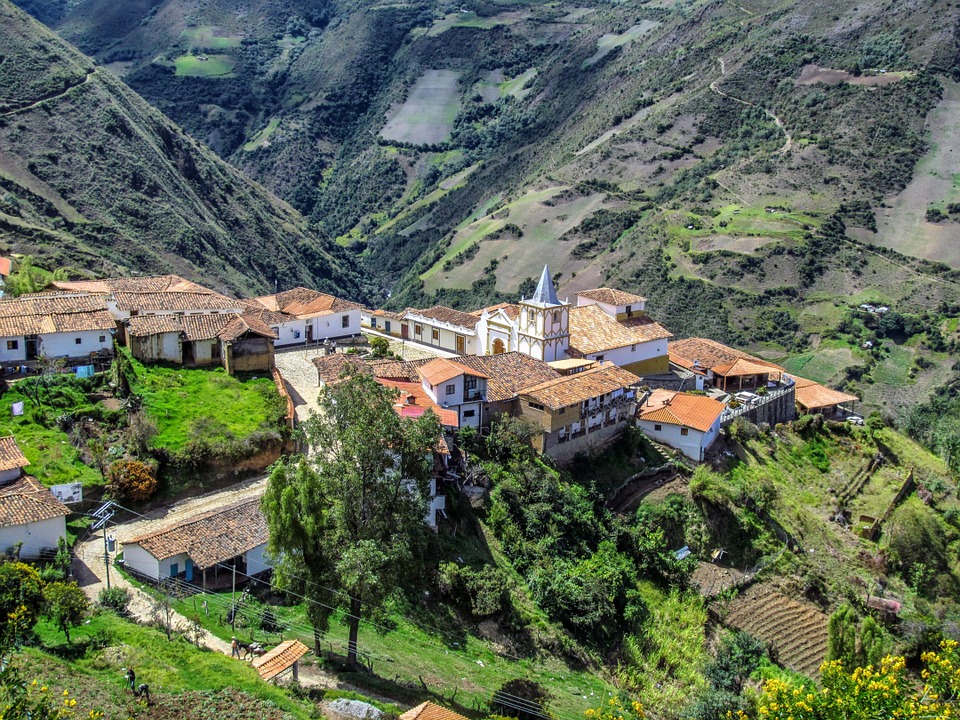 Investing is, by nature, a risky affair. Some investments pay off in spades. For example buying Berkshire Hathaway stock at IPO in 1980 would have yielded a return on investment of about 65,400% today and buying Bitcoin at its inception in 2011 for $0.05 would yield growth of more than 32 million percent as of current valuations, but not every investment works out. Short of having a crystal ball, most investors are left to do the best research they can, watch trends and patterns, and be prepared to strike when an opportunity arises. And sometimes, opportunity can arrive in the most unexpected of places.

For those not following global events, there’s been an economic crisis brewing in Venezuela for a few years now which appears to have erupted into full-blown catastrophe in 2017 according to international media outlets. While the magnitude of the issues vary depending on who you ask, it’s come to the point where even the very secretive Venezuelan government will admit that not everything is great, although they stop short of calling it a crisis. This year alone has seen inflation rise by unimaginable levels. Oil production, the country’s most valuable export, fell, and many in the global community are left to wonder if shortages of available food and medicine have created a humanitarian crisis in the country. The outlook is certainly bleak. The chips are down, but the opportunities for a dramatic turnaround exist in this country, and could provide a windfall for an optimistic investor. Here’s why you should consider investing in Venezuela real estate based on quotes from the Oracle of Omaha himself, Warren Buffett.

Why Now Could be the Right Time to Invest in Venezuela “ In the 20th century, the United States endured two world wars and other traumatic and expensive military conflicts; the Depression; a dozen or so recessions and financial panics; oil shocks; a flu epidemic; and the resignation of a disgraced president. Yet the Dow rose from 66 to 11,497.”

Nothing stays bad forever, but it usually can get worse. While that’s not the most optimistic tone to take when laying out a case for an investment, it is the most realistic one. In Venezuela violence is up and things aren’t exactly going well. There is a shortage of cash, food, medicine, and other basic supplies. As such, people are desperate and when they are desperate, violence ensues. But as history has shown, with the proper governmental action you can see this corrected, even if the light at the end of the tunnel seems far and dim; it can be done. For a modern-day example, look no farther than Cuidad Juarez, Mexico. For many years it was considered the most dangerous place on earth, even as an officially declared war raged in the Middle East, Juarez took the top spot on every list of highest homicide rate. By 2010, the year the violence reached its peak, there were 3,766 recorded homicides in the city of 1.3 million — a rate of more than 10 per day and many of those killed were innocents shot in broad daylight. The city was a mess. Juarez, where it was once dangerous to drive, work, play, and live, has seen a renaissance in recent years. By 2015 the city had fallen off of the list of 50 most violent cities in the world and while it has increased slightly since, Cuidad Juarez now has a homicide rate lower than the US cities of St. Louis, Baltimore, New Orleans, and Detroit. History has shown that a dramatic fall in violence is possible, and with the benefit of time, quite plausible. According to Néstor Reverol, the Venezuelan Minister of Interior, Justice, and Peace, crime has fallen 20.9% since 2016, inspiring hope that Venezuela is now on an upswing, after holding seven of the top 50 cities in the world in terms of homicide rate in 2016. In 2016, while Venezuela’s economy was decaying, shortages were common, and inflation rapidly rose above triple-digit levels, there was an unlikely industry booming– high-end real estate. Venezuelan businesses, unable to exchange the increasingly worthless bolivar currency for the omnipresent US dollar and turned to protecting the value of their revenue through large, mostly commercial developments.

According to Beatriz Yilo of CBRE Venezuela, an affiliate of CBRE Group Inc, “These projects all start from the same premise – ‘let’s absorb bolivars.’” Yilo continues, “When you have a system that penalizes foreign exchange operations, and you don’t want to commit a crime – what else do you have left?” The total square footage of premium office space in the Caracas areas of Chacao and Las Mercedes was set to increase by nearly 50% from 2016 to the end of 2017, although updated figures are not currently available. These real estate developments and their adjusted values mean that developers have been able to turn their revenue into physical assets– which they will have when the economy rebounds. Municipal officials say the key investors in these buildings are multinational companies with operations in Venezuela which routinely take write-offs on earning statements due to the depreciation of their bolivar holdings, although all contacted companies declined to comment for the Reuters article on the topic. The same article goes on to quote Chacao Mayor Ramon Muchacho saying, “ These are people who have long-term vision, who want to invest because they see the country is going to change, but this is also a financial issue: the only shortage we don’t have in Venezuela is a shortage of bolivars.” Part of the issue for the Venezuelan economy has come from the fact that oil revenues account for about 95% of export earnings, while the price per barrel of crude has fallen by nearly 50% in the last few years. Venezuela sits atop the largest proven crude oil reserves in the world and accounts for nearly 25% of the OPEC proven crude oil reserves with 302.02 billion barrels, but has seen production fall dramatically in the last few years. In September-November 2017, Venezuela produced approximately 5.6 million barrels during this time frame, while countries with much smaller reserves like the United Arab Emirates, Iran, and Iraq produced 8.7, 11.4, and 13.3 million barrels respectively.

The tough lessons of this historic downturn indicate that a rebuilt Venezuelan economy will feature a heavier focus on other industries such as tourism, mining, gas, and agriculture. This newly diversified economy will be especially beneficial for the states Bolivar, home to Angel Falls and the Orinoco Mining Arc. In attempts to combat rising inflation (and perhaps sidestep economic sanctions imposed by the United States and the European Union) President Nicolas Maduro announced on December 4, 2017 that Venezuela would create its own cryptocurrency, named the “Petro” as it is said to be backed by oil, gas, diamonds, and gold however further details of the currency are yet to be announced.

Cryptocurrencies are not new to Venezuela, as the country has one of the highest concentrations of Bitcoin miners in the world, thanks in large part to state-subsidized electricity that makes the power-crunching machines affordable. Cryptocurrencies, like Bitcoin, typically are not tied to any one government or a central banking system and are widely available to anyone with a smartphone. Bitcoin also trades in public spaces, meaning anyone can see what a Bitcoin is worth at any given time– an attractive feature for Venezuelans since it is currently illegal to publish the free market value of the Bolivar. It is unknown how a government-sponsored, commodities-backed cryptocurrency will work, but with the value of the bolivar on the black market at a rate of $103,000 bolivars to $1 USD, it’s worth a try.

The unknown state of current events in Venezuela, and the conflicting reports coming out of the country itself could be the chance of a lifetime for an opportunistic investor, or it could be a failure of Enron-proportions. Risk sometimes sows rewards and to take advice from Buffett himself, “We simply attempt to be fearful when others are greedy and to be greedy only when others are fearful.”

Interested in finding a Venezuela property that you can invest in? Check out this opportunity for 2,500+ acres in Cuidada Bolivar, Venezuela live on RealtyHive now.

Dillinger, J. (2017, October 2). The Most Dangerous Cities in the World. Retrieved December 17, 2017, from https://www.worldatlas.com/articles/most-dangerous-cities-in-the-world.html